Marina di Nettuno is one of the best equipped marina in Italy with an extensive boatyard, mainly hosting sailing yachts. The marina provides many services, including: Wi-Fi Internet coverage, customised berthing assistance, shopping malls, bars, pizzerias, restaurants, nautical equipment shops and facilities, all within a few walking distance from docks. A private equipped beach accessible directly from the Marina, makes Marina di Nettuno one of the best harbour in Italy. 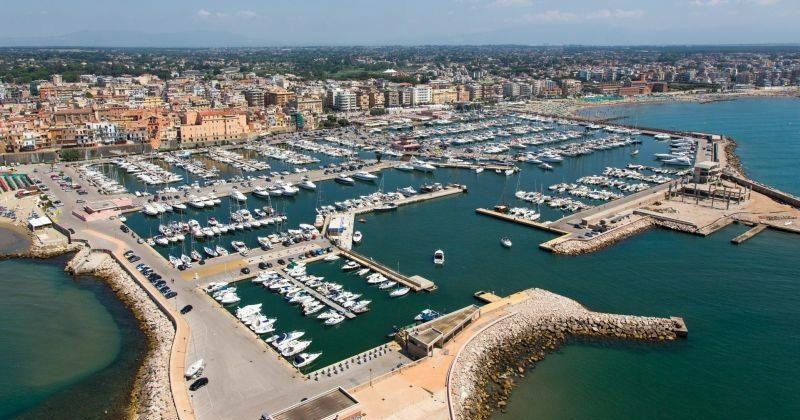 The Marina can be easily accessed by trains arriving in Nettuno station. The train station is located only at 150 meters from the port.

BY PLANE - Fiumicino or Ciampino Airports

Transfer in only 60 minutes, which will make your arrival aboard simple and comfortable. 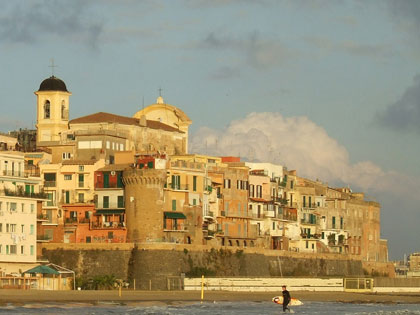 Medieval Town – 1 km far, the old part of Nettuno, the real historical center of the village, is located on the sea peak and built inside the walls with cylindrical towers. Anzio – 3 km far, along the coast there are numerous remains of Roman villas. One, the Domus Neroniana, has been identified as a residence of Nero. Also, a large number of beaches and sea resorts can be found, including hotels and the famous fish restaurants of the port of Anzio. Torre Astura – 12 km far, the island in the comune of Nettuno, was at some time or other joined to the mainland by a bridge or causeway, and it thus became, as it now remains, a peninsula projecting into the sea. Existing remains show that many of the Roman nobility must have had villas there.

INFO ABOUT THE MARINA