The Archipelago of the Pontine Islands is just a few miles away from the coast of the Lazio region, and therefore very easy to reach (36 miles away from Nettuno and only 21 miles from San Felice Circeo). It has neverthless mantained intact its uncontaminated nature and sea.

Since ancient times, as shown by many roman and pre-roman remains, this group of islands has been considered among the most suggestive and enchanting islands of the Mediterranean. This archipelago is formed by 6 islands of volcanic origin with a variety of landscapes, bays and coves of exceptional beauty. It is constituted of two groups which are 22 miles away one from the other. The first one is formed by four islands south-west of Circeo: Ponza, Gavi, Zannone and Palmarola, while the second one, more south-east oriented compared to the first, includes Ventotene and S. Stefano. 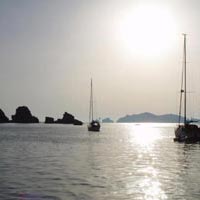 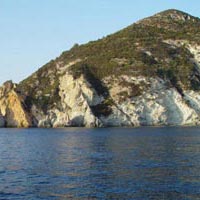 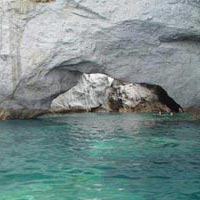 PONZA Its port can harbour up to 200 boats on eight floating pontoons, privately managed and equipped with water and electric sockets. During peak season, you can anchor in the roadstead between the pontoon where the Restaurant Gennarino is and the rock called Ravia. On land you'll find the following services: fuel refuelling – grid and slipway – moving crane and laying–up – engine and electrical repairing – mooring and scuba diving services – hull repairing in wood or fiberglass.The whole island is fringed by inlets and coves for sheltering depending on the direction of the winds: 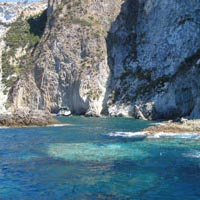 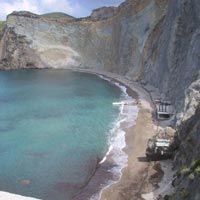 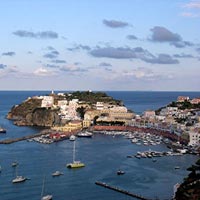 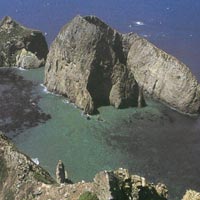 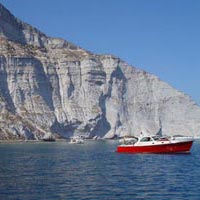 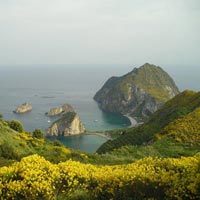 PALMAROLA Is the most western island of the archipelago; many dangerous points surround its coasts but you'll be able to find great places to anchor. 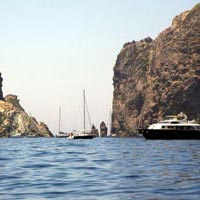 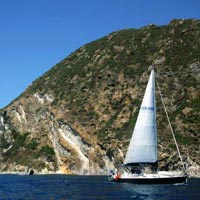 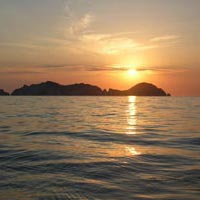 We suggest you visit Punta Tramontana, from where you can admire a very beautiful bay called "The Cathedral" because of its cliff falling vertically to the sea and the big bays which remind us of that image. At Cala del Porto you'll find, during the summer, a small restaurant on the shore. 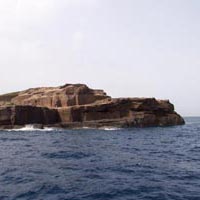 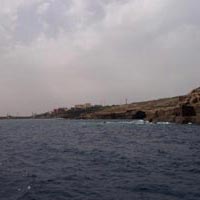 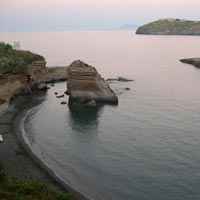 VENTOTENE The old harbour, Porto Nicola, has been excavated by the ancient Romans, as well as the bollards and the portico running along the quay, still perfectly functioning. At the entrance of the harbour, and more precisely, at the base of the tufa rock, where the lighthouse is, you can recognize the ancient Roman fishpond for fish farming, provided with an ingenious system for water recycling through pipes flowing into two covered pools. 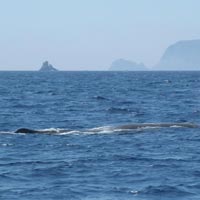 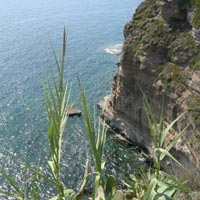 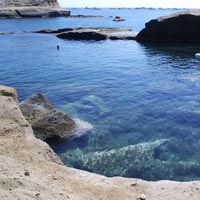 The island saves other historical vestiges among which the remains of a great roman construction towards Punta Eolo: the Borbonic stairway and the fortress. Besides the old harbour and adjacient to it, towards north, lies the new port, Porto Nuovo (Cala Rossano) protected by a quayed jetty. The port offers various services such as: water, electricity and food supply, ice and marine shops. Other safe bays are: