Marina dei Cesari, the new tourist dock of Fano will be fully functioning next spring, 2003 and will be the tailord solution for yachtsmen searching for a safe mooring, an excellent starting point towards the croatian archipelago distant only 70 miles away but also the perfect spot for a pleasant stay whenever you want to remain on land.

Fano is strategically located: few kilometers away fron the airport of Ancona, just between the A14 Milano-Bari highway and the Flaminia road, right at the beginning of the expressway Fano-Grosseto, driving on which you'll be able to reach real jewls of culture such as the town of Urbino or areas famous for tipical food such as Piobbico with its truffles; the spectacular grottoes of Frasassi and the peaks of Mount Catria and Mount Petrano. 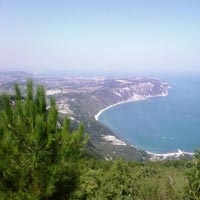 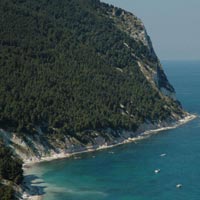 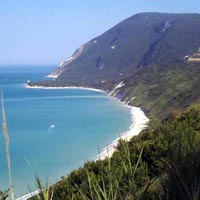 PROMONTORIO DEL CONERO The dream riviera: from the port of Ancona Marina Dorica the closest and more fascinating destination is the Conero promontory distant only 1 hour by sailing boat. It is the only irregular segment of the adriatic coastline, a majestic sequence of falaises falling vertically to the sea, interrupting the long strip of sand running from Trieste all the way to Gargano. In the surroundings of the Conero instead, the landscape is varied and stupendous, with small villages overlooking the sea, gatherd in a cosy portion of land such as the oasis of Portonovo, the aristocratic Sirolo and finally Numana where you can moor in the small harbour. Nature's triumph, with tresasures that can only be reached by sea: the beautiful rocks of Due Sorelle (the two sisters) or the Trave, a rock sord surfacing from the sea where you can moor for a night; or Lavi, facing Sirolo, rock scultures from which you can dive into the most blue waters of the Adriatic. 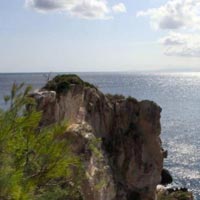 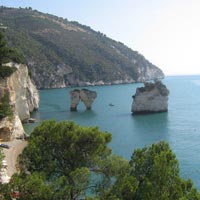 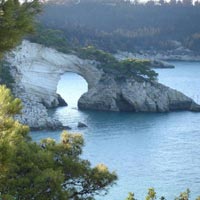 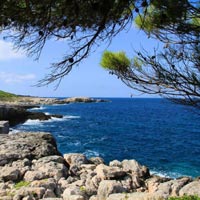 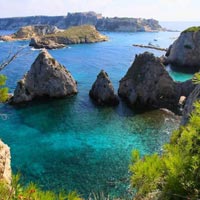 GARGANO AND TERMITI The sea of Homer. An eight hour calm navigation to the Gargano and the uncontaminated beauty of the Tremiti Islands reflecting in the clearest waters, only 12 miles away from the coast. It is an area traditionally distant from the mass yachting tourism and therefore you'll be able to avoid the big crowds even during peak season. The islands are separated by shallow canals, and constitute a monolithic archipelago gathering three major islets: San Nicola, San Domino and Capraia, so called Capperaia, for the abundant capers growing there. Only the first one is inhabited and is surrounded by rocks, the biggest of which are Cretaccio and La Vecchia. At San Nicola, with its high and rocky coasts, the dock is accessible only in the evening hours, when the ferries stop. The depth here is 1 to 2 meters, with difficulties in case of the libeccio south-west winds. At San Domino, the largest island, the coasts are high and irregular with many tipical grottoes and inlets, among which, at the extreme north-eastern point, is Cala degli Schiavoni a perfect anchorage for the night. The safest mooring, anyway is in the harbour bay, protected by the coastline, taking advantage of the surrounding shallow water tracts. 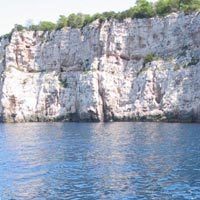 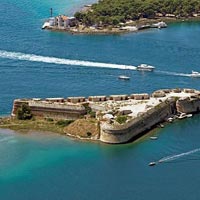 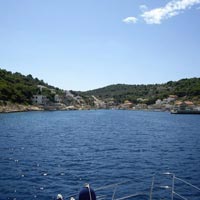 CROATHIA - ISTRIA AND THE KORNATI ISLANDS A week on the moon. Leaving Fano or Rogoznica (Marina Frapa) you'll find yourself in one of the best places for a sailing cruise in Croatia, either you choose to go up north, where among others, you can find the big islands of the Quarnaro Gulf, or you decide to go down south, towards the Kornati and the southern dalmatian islands. A 70 miles navigation between Fano and Lussino, with course of 55°, approximately 12 hours away, and here you are in the Natural Park of the Kornati an uncontaminated paradise and one of the most fascinating and varied complexes of the Mediterranean. The 150 islands of the park have a lunar charm and are almost uninhabited. No hotels, just few little houses, a bunch of very simple trattorias wher you can taste the freshest fish (lobsters).
Sailing from the Incoronate for 100 miles, you'll reach Hyar, a very special island with its ancient venetian towns, its uncontaminated landscape, the strong lavender, rosemary and heather perfumes filling the air. An unforgettable experience, that you can't miss. Hyar is also, among the dalmatian islands, the richest one in vineyards, many of which grow spontaneously. Those who appreciate good wine, will find this is a further reason for staying and visiting Hyar. Distant from the main land, the island of Vis, is the land of fishermen and sailors. It really deserves a visit: splendid landscapes ornated by palm trees and many grottoes excavated in the rocks, among which the enchanting Blu Grotto (Modra spilja) with its silvery reflections that can well be compared with the more famous Blu Grotto in the Island of Capri. Another plus is the climate, mild and sunny all year round. 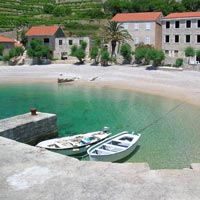 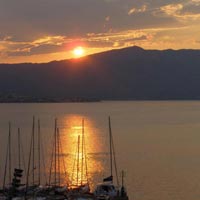 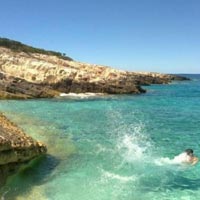 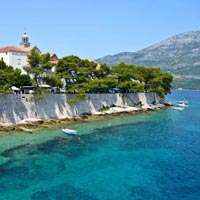 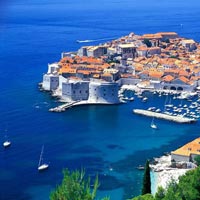 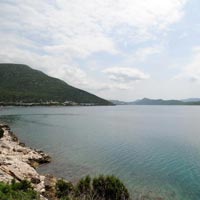 CROATHIA SUD: FROM KORKULA TO DUBROVNIK Korkula is the island of the most fascinating venetian city of this coastline. You surely cannot miss a stop at the Bay of Vela Luka, tipical fishermen's village. Lastovo, with its islets, is the ideal place for peace and nature with cozy little coves. It is also the ideal starting point for navigation towards the National Park of the Island of Mljet. Few miles divide Mljet from Dubrovnik, one of the most beautiful and important cities of Croatia.