The Egadi Islands are an archipelago of 3 islands west of Sicily: Favignana, Levanzo and Marettimo (the farthest). All the islands offer many bays and coves protected from all winds.

The archipelago of the Pelagian Islands is situated south of Sicily, closer to Tunisia than to Italy. The name is of Greek origin and means "sea". The three islands are Lampedusa, Linosa and Lampione. 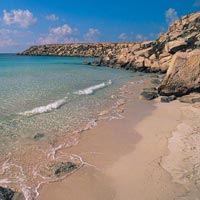 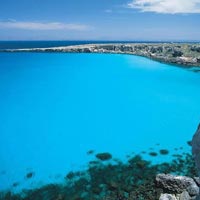 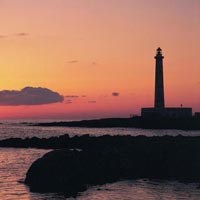 FAVIGNANA The largest of the Egadi, owes its name to the Favonio wind. Its shape resembles a butterfly: the two wings are the two plains of the island. The West one is called il Bosco (the woods) and the East one, is called La Piana (the plain). The island is famous for the fishing of tuna and every year the tradition is repeated with the Tonnara and the Mattanza. The only inhabited center is at Cala Principale, a bay that stretches from Punta Faraglione to Punta S. Nicola and is also the port, well protected from the winds of the 2nd and 3rd quadrants but exposed to the North winds. The paved alleys, the picturesque square of Madrice with the outdoor cafes and the charm of an old port make Favignana a delightful place to visit. 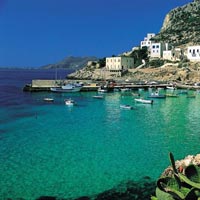 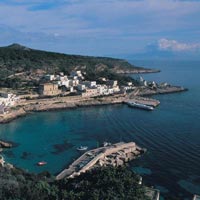 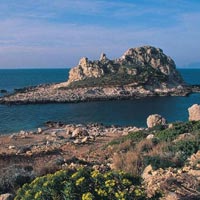 LEVANZO Is the smallest of the Egadi, with the smallest number of inhabitants and the almost total absence of vehicles. Well worth a visit is the Grotta del Genovese, with traces of the first human settlements at the Egadi. The population concentrates in a lovely village on the southern coast of the island, a bay called Cala Dogana. This landing is the only one but is unforgettable, though protected only from the winds between the West and the North. 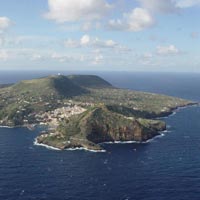 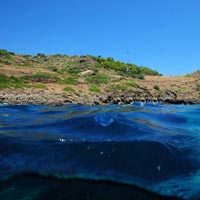 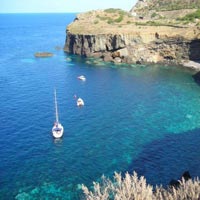 USTICA Known as the "Black Pearl of the Mediterranean" because of its lava rocks. The island is located 35 mg north of Palermo. Of volcanic origin, it is actually the surfacing tip of an underwater volcano. The beauty of the coasts and depths depends on its complex geological history: Every corner reveals unique landscapes of extraordinary charm and naturalistic interest. Santa Maria is the only village of the island with approximately 1000 inhabitants. There is a natural harbour protected by a dock and a quay on the inside. 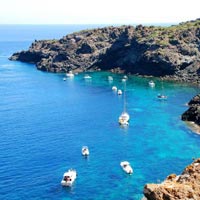 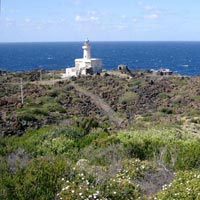 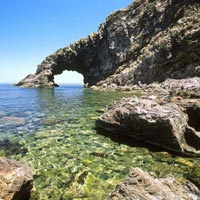 PANTELLERIA A volcanic island rising from the abyss. The surrounding sea steals every shade of blue, the lighter and the most intense and deep ones. Black is the soil because of the lava stone but very fertile. The local and valued Moscato Passito wine is made with the famous Zibibbo grapes cultivated here. There is a total of 6 landings on the island: the most important is close to the town of Pantelleria; then Scauri, Porto Dietro Isola, Cala di Levante, Cala di Tramontana and Campobello. There are many thermal springs with temperatures that can rise to 70°C. Tipical are the walled gardens, protection from the sometimes violent winds and the Specchio di Venere (mirror of Venus), a little lake with a diameter of 500 meters and supplied by underground springs. 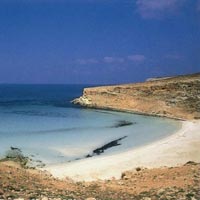 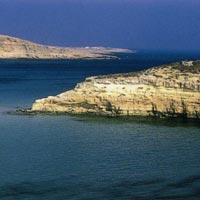 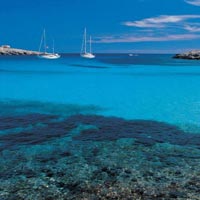 LAMPEDUSA Is the most southern point of Italy and definitely has an African look. Suggestive spots are Cala Pulcino, Cala Gatugia and Cala Galera: you cannot miss them if you want to dive in a sea you'll never forget. The view of the mainland from the sea is a must, with houses that resemble the maghrebine constructions. The scarse vegetation reminds us of the pre-desertic steppe. The beach of Conigli (the rabbits) has snow-white sand with light blue and green shades that make it unique. The port (Cala Salina) is a vast natural bay that is parrtially provided with a quay. 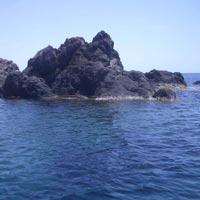 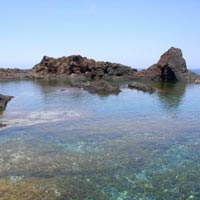 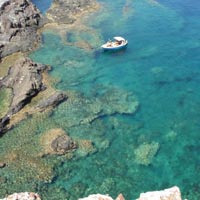 LINOSA The scenario that appears to our eyes is like a village of fantasy: the lava has literally built the island and the beaches, with rocks and islets, coves and cliffs and the sea surrounding the equally suggestive nature, with every tone and shade of blue. The only road that runs through the island between vivedly coloured houses, is scattered with palm trees and bouganvilles: Very few shops, but you'll be able to find the necssities.