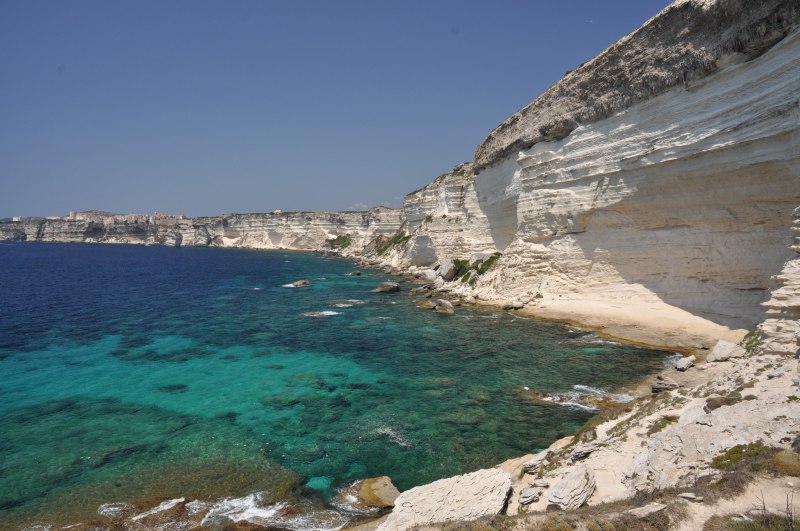 Few miles away from the tuscan coast, this archipelago, though very close to the mainland, was able to maintain intact and uncontaminated its sea and nature.

The archipelago unwinds from the Argentario to Gorgona, with its 7 islands, daughters, as the legend says, of the tirrenean Venus, the seven jewels of her crown. In this part of the world, reality and fantasy combine to underline the uniqueness, the beauty and the originality of these islands. 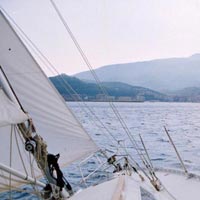 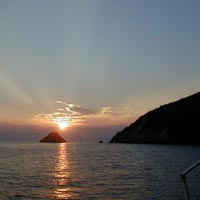 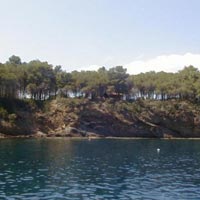 ELBA Very close to the coast of Central Italy, it can be reached in less than 1 hour (5 mg away). It is the biggest of the Tuscan Archipelago and the third italian island. Elba has 6 ports and an infinity of coves, inlets and landings. The major one is Portoferraio and then continuing clockwise, Cavo, Rio Marina, Porto Azzurro, Marina di Campo and Marciana Marina. Circumnavigating Elba: starting from Portoferraio, just past Capo della Vita, is Isola dei Topi (the island of rats), stupendous site for a stop-over and for admiring the remains of an ancient roman villa. From there, you can reach the two other islands of the Piombino Canal where during day time and with good weather you can stop and enjoy a swim. Continuing along the eastern coast, are the islets of Ortano and Liscoli, while on the southern coast are the Gemini Islands (at the entrance of Gulf Stella) the depths of which are dotted with antique anphoras. Before reaching the gulf of Marina di Campo, you'll fiind the bay of Lacona and right past it, the beautiful bay of Fetovaia, with a very popular beach, surrounded by flat rocks. Continuing the tour of the island, the coast opens in the bays of Procchio, Biodola and Viticcio, framed by a marvellous mediterranean vegetation and white beaches. Portoferraio: the main port of the island, where all the ferries and hydrofoils arrive. The docks of the Città Vecchia (the first one on the left entering the harbour) and those of the Cantieri are available for cruisers. 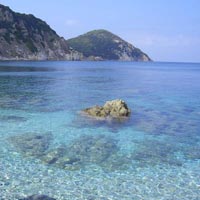 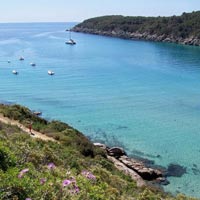 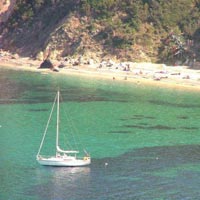 In the inland of Portoferraio, in the town of San Martino, is the house of Napoleon with the adjacent villa, housing the Foresiana Art Gallery, while in the Palazzina dei Mulini, you'll find, together with other various antique works of art, the Drape with the Three Bees, a present of Napoleon. Cavo: is the first town beyond Capo della Vita (the North tip of Elba). The port is always very crowded and can accept only small boats with a maximum draught of 2 meters. The bay north of the harbour is lovely, surrounded as it is by green hills; this inlet is protected from all winds with the exception of the East ones. Rio Marina. going down South is the port of Rio Marina. Recently equipped with floating pontoons, opened to the North and subject to strong backwash with North and East winds. There is not much tourism in this town but its little alleys are rich of charm and, important detail, is a quiet landing even during high season. The Mineral Museum is worth a visit. Porto Azzurro: is one of the most beautiful stops of the Tirrenean with a deep bay guarded by two imposing fortresses. You can moor at the new floating pontoons or at the shipyard. Considering the depth of the bay, it is possible to let go anchor between the shipyard and the town, protected from all winds but those coming from the coast. The streets in town are very lively at night and you'll find many little tipical shops and nice outdoor cafes on the square. Marina di Campo: the only port South of the island (the closest to the island of Pianosa, 12 mg), protected from North and West winds but not from SE. It's a nice fishermen's village although during the summer can be very crowded: it is preferable to anchor in the bay. The towns of San Pietro, Sant'Ilario and Pila lie on the slopes of the mountain. Marciana Marina: the ideal port to start your navigation to Corsica (distances: Bastia 34mg, Capo Corso 38 mg and Capraia 22 mg.) This town rises around an old fishermen's village at the foot of the slopes of Mount Capanne and is one of the most trendy spots of the entire island, with a number of pubs, bars, discoteques and restaurants. Mooring is possible at the dock below the Tower or at the floating pontoons at the entrance of the port, or at those on the southern side. 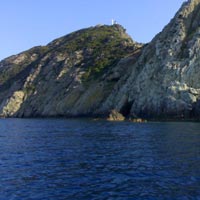 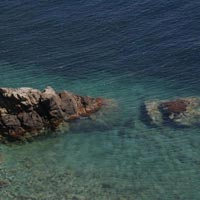 GORGONA The smallest of the Archipelago. Another prison island where the penitentiary management has found in the potentialities of its nature, a great opportunity for the social recovery of the prisoners and for experimentation of new ecological tecnologies. 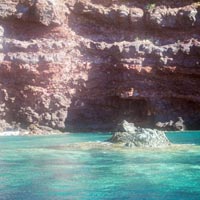 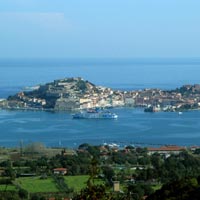 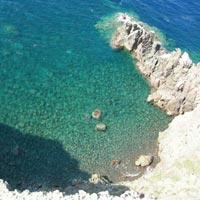 CAPRAIA Third of the sisters of the Tuscan Archipelago, of volcanic origin, is an authentic mediterranean pearl, rich in vegetation and gorgeous all year round. The panorama from Mount Penne embraces almost the entire island and this is an ideal site for walking fans. There is only one little harbour for anchoring and is exposed only to the Grecale north-east wind. Part of the island is an integral reservoir, so pay attention to forbiddances. At Cala Mortola you'll admire a vertical coastline and small rocky coves interrupted by one little beach accessible only from the sea. You can easily walk to the village from where you'll enjoy a marvellous view and also find entertaining spots and excellent restaurants. 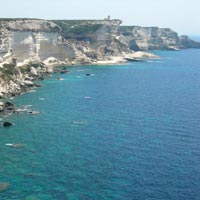 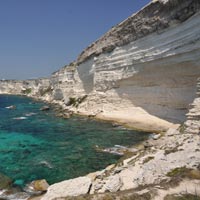 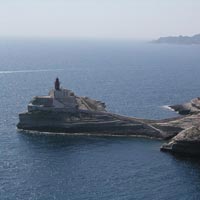 CORSICA A cruiser's paradise, only less than 20 mg away from the island of Elba. It offers a number of always different sceneries and landscapes, with wild and often desert coasts, fringed by long white beaches and waters of amazing clearness. 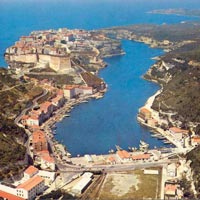 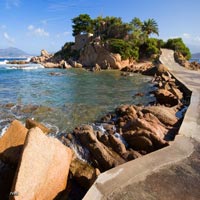 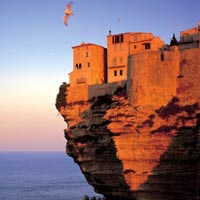 The coasts are spaced with a sufficient number of ports, well equipped for any necessity and safe, even though very crowded during summer time.